We’re all familiar with the typical employee Incentive Stock Option (ISO). The standard one vests 25% after twelve months and then monthly over the next three years until it is fully vested after 48 months. The unexercised portion expires upon the employee’s termination.

There are also options granted to executives which often vest in a much shorter time frame which can be from vesting immediately to vesting after twelve months. Once vested, stock options incentivize the recipient to make those business decisions that will raise the stock price the most in the shortest period of time.

If a course of action will raise the price $5/share in the next month but will lower the stock price two or three years down the road, the executive’s choice is easy — get that price up now, exercise the option ASAP, and don’t worry about where the stock will be three years from now. I would argue that this method of short-term compensation is one of the major forces driving quarter-to-quarter management and creating a situation where, to a greater or lesser extent, every major corporate decision is weighted and designed to gain Wall Street’s approval.

One school of thought is that if you are paying someone $5,000, $10,000, or $20,000 per week (or more) that that should be enough money to encourage the executive to do his/her best and that if it that’s not enough money to get his/her best efforts then he/she shouldn’t be working for you in the first place. That is clearly not the prevailing opinion in American business and boards of directors of publicly held companies seem to think that their executives require millions of dollars in additional compensation in order to motivate them to do their best work.

Assuming those boards are right that does not mean that incentive compensation must be or even should be in the form of a stock option.

Let the CPAs come up with a standardized formula for massaging gross sales into a number that bears some semblance of a relationship to profitability, some refinement of EBIDTA. Call it Pseudo Profit or Sort Of Profit (SOP) or whatever you like.

How is this different from an ISO? It’s different because the relevant ICP would be based on a fiscal year four years (or some other number of years) in the future.

If Jane Brown is granted 50,000 PIUs at any time between January 1, 2015 and December 31, 2015 that means that she will be entitled to 5% of the ICP that is 5% X 1% (or whatever percentage the board chose) of the SOP for the fiscal year (if the fiscal year is a calendar year) ending four years later — December 31, 2019. This means that Jane has to care about how well the company will be doing four years from now instead of what the stock price will be six months from now.

If for any reason including death Jane’s employment with the Company terminates before December 31, 2019 Jane’s incentive compensation would be prorated based on: number-of-months-worked-after-grant/48 (but never to exceed 100%). So, if Jane’s employment terminated two years after the PIU was granted then she would receive 24/48 = 50% X 50,000 PIUs or 2.5% X 1% of the SOP for the fiscal year ending 12/31/19.

Because we would not want to deplete the company’s cash reserves Jane would not be paid in cash. Instead, Jane would receive Company shares equal to the calculated dollar value of the PIUs based on the market price on January 2, 2020 or on some other set date, for example the last date that the company’s tax return for fiscal year 2019 was due.

In such a plan:

1) The shareholders would know in advance the maximum annual percentage of SOP that could be paid to all executives as incentive compensation pool.

2) Payments would be made in stock, not cash

3) Executives would be given an incentive to grow the company’s profits over the long term, and, consequently

5) And, executives would be given an incentive to remain with the Company for the long term, that is, the sooner you leave after the time of grant the smaller share of the SOP you will receive.

Whether the company grants stock options or PIUs it will still dilute its shares in order to give executives incentive compensation but a switch from ISPs to PIUs would give executives an incentive to focus on the Company’s long-term profitability instead of its short-term stock price. PIUs would also give the executives a strong incentive to do what they need to do in order to stay with the company instead of using their current employment as a bargaining chip in a game of musical executive chairs.

What’s the downside to switching to PIUs? No, seriously, what do you think is the downside in comparison to the existing executive stock option mechanism?

How To Save During The School-week?

While you might be busy working for the weekend, it is important to remember to save all throughout the week. However, saving…

Six of the Best Credit Card Sign Up Bonuses for July

With so many credit card options out there, it's hard to decide on one, especially when many offer unique sign-up bonuses and… 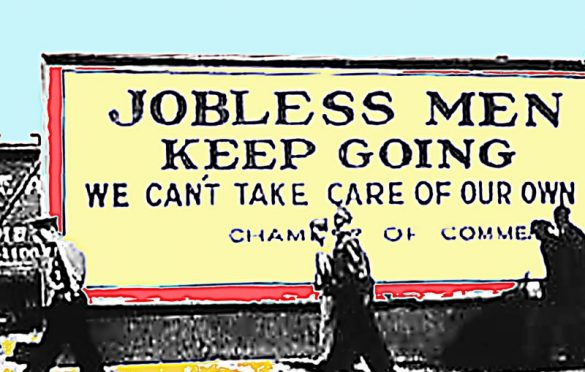 By David Grace: (DavidGraceAuthor.com) “What will you do when you grow up?” is an almost irrelevant question for a material percentage of…

Aug 06,2018 · 14min read
Stay updated
Be the first to hear about our latest apps, features and financial tips.