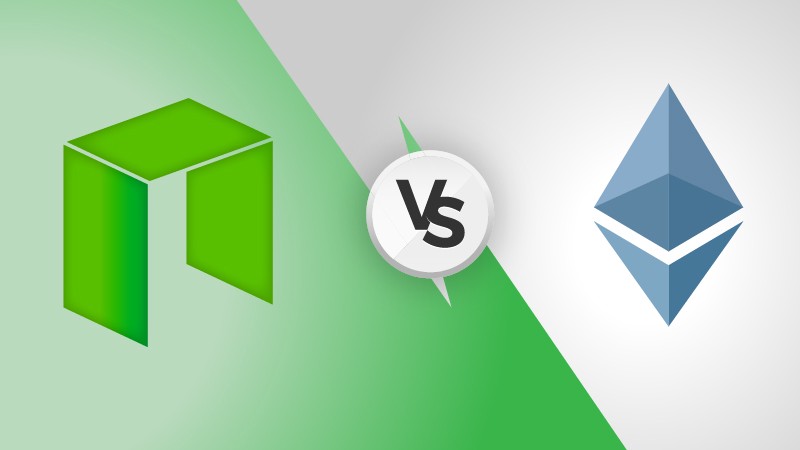 In light of many projects migrating from Ethereum to NEO (i.e. ProjectICO, Narrative, Guardium, and more) for their ICO and/or existing product, today’s most heated topic of discussion in the crypto space is “which is the better of the two.”

In this blog post, I will discuss the fundamental similarities and differences between Ethereum and NEO, which should point out the main reasons why NEO is seemingly gaining more traction, as of late.

While researching the subject, I also had the pleasure of chatting with Abhinav Ramesh (WandX Founder & CEO). WandX focuses on Decentralized Exchanges (DEX), currently running one, on the Ethereum network. For the benefit of newcomers in the space, a DEX is an exchange in which there is no party holding customers’ funds but trades happen automatically and directly peer-to-peer.

Ethereum is “a decentralized platform that runs smart contracts: applications that run exactly as programmed without any possibility of downtime, censorship, fraud or third-party interference. These apps run on a custom built blockchain, an enormously powerful shared global infrastructure that can move value around and represent the ownership of property”. Ethereum was proposed in 2013 by Vitalik Buterin with an online crowdsale taking place between July and August 2014. It was subsequently released on the 30th of July, 2015.

NEO (originally AntShares) is “a non-profit community-based blockchain project that utilizes blockchain technology and digital identity to digitize assets, to automate the management of digital assets using smart contracts, and to realize a ‘smart economy’ with a distributed network”. NEO was launched in 2014 by Da Hongfei.

Very simply, PoW is a race between miners attempting to solve a cryptographic problem. All miners are competing against each other in order to validate the transaction/block and whoever solves this first, is rewarded accordingly. You can find more information about PoW, here.

One thing to note is that Ethereum will be changing its consensus mechanism shortly. It will be moving towards Proof-of-Stake (PoS). However, I will not be discussing details on PoS in this post. This release is called Casper, and you can find more information, here.

It is a consensus mechanism that enables large-scale participation in consensus through proxy voting. The holder of the NEO token can, by voting, pick the bookkeeper it supports. The selected group of bookkeepers, through the BFT algorithm, reach a consensus and generate new blocks. In dBFT, 2/3 of all bookkeepers will agree on what goes in each block.

Simply put, in dBFT you have a group of “bookkeepers” to reach a consensus and generate new blocks. This group is asked what goes in each block with a random bookkeeper picked to answer. For this “answer” to take effect, all other bookkeepers need to agree. If over 2/3 of all bookkeepers agree on this, the consensus is achieved, and a new block is generated. If they don’t, another bookkeeper will be questioned. You can find more information on dBFT, what bookkeepers do, etc. here.

Transaction Speed
Ethereum currently has a theoretical maximum capacity of 30 Transactions Per Second (TPS), but in reality, its TPS is around 15.

NEO has much higher TPS capacity with a theoretical maximum capacity of 10,000 TPS, however, in reality, this is closer to the 1,000 TPS mark.

Both projects have on-going work to increase their TPS via different solutions; Ethereum will be implementing sharding (more details here), and NEO is looking at a non-sharding solution (details are still vague).

Smart Contract
Ethereum uses Solidity for its programming language — a bespoke language created purely for Ethereum smart contracts. Although not a particularly hard language to learn, it does require a ramp-up time and resources are relatively limited.

On the contrary, NEO supports commonly used programming languages that software engineers use day in, day out. These include C#, VB.Net, F#, Java, Kotlin, and Python. Also, support for C, C++, GoLang, and JavaScript are in the works. Not only these languages are commonly used, but they are very easy to learn as there are many resources online.

Adoption
One of the most significant and vital differences between Ethereum and NEOis adoption. Ethereum has been adopted by companies, individuals and the community much more than NEO, although that’s changing. To put this into perspective, Ethereum has ~1600 Initial Coin Offerings (ICOs) launched/planned to launch in 2018, whereas, NEO has ~30 ICOs (numbers taken from ICOBench). Also, the pipeline of Decentralized Applications (dApps) being readied for the main-net on Ethereum are much more than on NEO.

As mentioned earlier, I had the opportunity to chat with Abhinav Ramesh from WandX (Founder & CEO), which have already launched their DEX on Ethereum. During my conversation with Abhinav Ramesh, it was made apparent that WandX’s next immediate project is tapping into the potential of NEO — taking advantage of its speed, efficiency, and ease of use. Quoting Abhinav, “we have hired 5 new developers that will work exclusively on the NEO DEX”, which shows a serious commitment towards the NEO network.

In my opinion, this is a logical step forward for a project like WandX and for a lot of other similar projects, as clearly NEO is far more meritorious and benefitting than Ethereum, objectively speaking. I am a firm believer of NEO and written about it too, in some previous blog posts, 3 Coins To Watch In 2018 and 3 Cryptocurrencies To Earn You Money While You Sleep. But in all fairness, it’s only when NEO starts becoming a more widespread choice will we see where the pitfalls lie, if any. For now, it’s great to see the ecosystem adapting fast to the rapidly changing ways of blockchain.