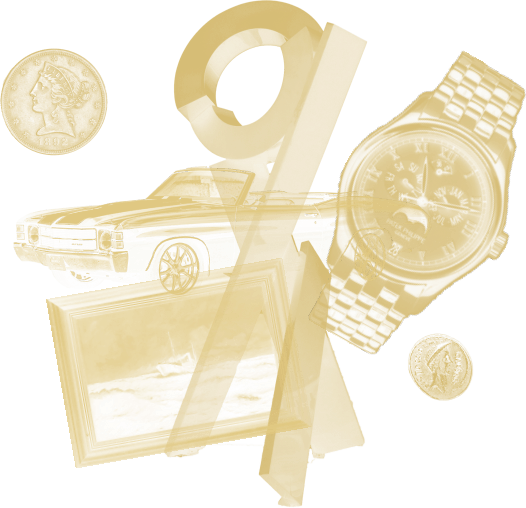 A&C is comprised of objects such as art, fine wine, collectible cars, music instruments, jewellery and much more. Over the past few years A&C has become so big, that Deloitte is considering it as an asset class — “a group of securities that exhibits similar characteristics, behaves similarly in the marketplace and is subject to the same laws and regulations”.

It’s an asset class in which high-net-worth individuals (HNWI) currently allocate an average of 6% of their portfolios to. Additionally, according to Deloitte’s 2017 Art & Finance Report, this asset class is estimated to be worth $2 trillion projecting a growth of $0.7 trillion by 2026 with an estimated$620 billion of annual transactions.

Despite the size and growth of the market there is one massive issue; the lack of a title registry. This comes down to lacking two things:

Provenance and metadata, is very hard to achieve, transparently and securely, using current technology. Of course, there are some centralized registries that provide provenance, however, neither collectors nor intermediaries will ever fully trust a centralized registry.

These issues inhibit buying and selling with an ease of mind. Additionally, securing and insuring collectibles becomes more complicated, whilst, making forgeries and fraudulent behavior easier.

The Codex team is building a protocol that will revolutionize A&C by creating a decentralized title registry for them, coupled with a decentralized consortium of experts to validate authenticity. The Codex Protocol will track an object’s “history of ownership through a neutral and decentralized verification”. The protocol will also have the ability to securely store metadata about objects whilst also making them easily accessible (if required). In one simple sentence, Codex is bringing provenance onto the blockchain — a match made in heaven.

To top it all off, the Codex Protocol is backed by a consortium of 5,000 auction houses and trusted industry stakeholders thus putting it in pole position for adoption and becoming a standard. Since they are building a protocol, it will provide others to build decentralized applications on top of it. Codex itself is has already launched Biddable.

The centerpiece to the Codex Protocol is the Codex Record. A Codex Record contains provenance details and other metadata for a particular object and is created when an object is loaded onto Codex.

At first, the validators (and their rewards) will be selected on a discretionary basis but the Codex teams expects that in the future rewards will be “algorithmically distributed along with a reputation system that scores end-users who have expertise”.

To illustrate how the Codex Protocol works, I will walk through a simple example below:

Codex has placed itself in prime position to solve the issues discussed above (and improve upon them) by becoming a decentralized asset registrytailored for A&C objects. It will do so by providing Proper Provenance & Secure & Accessible Metadata. By leveraging the advantages of the blockchain and smart contracts, the identity of the object, its path of ownership, authenticity and related data will always be secure, immutable, guaranteed, verifiable, accessible and transparent.

Having proper provenance in place with the addition of secure and accessible metadata will bring a host of benefits, including:

How Are CodexCoin (CODX) Tokens Used?

The CodexCoin is a token used to access the protocol. Users, or applications on their behalf, will pay fees in the form of CodexCoin to create, update, and transfer Codex Records. These fees will be used to provide rewards.

The CodexCoin (CODX) is used to access the Codex Protocol. It has a multitude of uses, including:

The Codex Protocol has not launched their token yet. You can only purchase CodexCoins (CODX) during their Initial Coin Offering (ICO) which is dated for the end of July. You can find more information about their token sale and sign-up for their ICO, here.