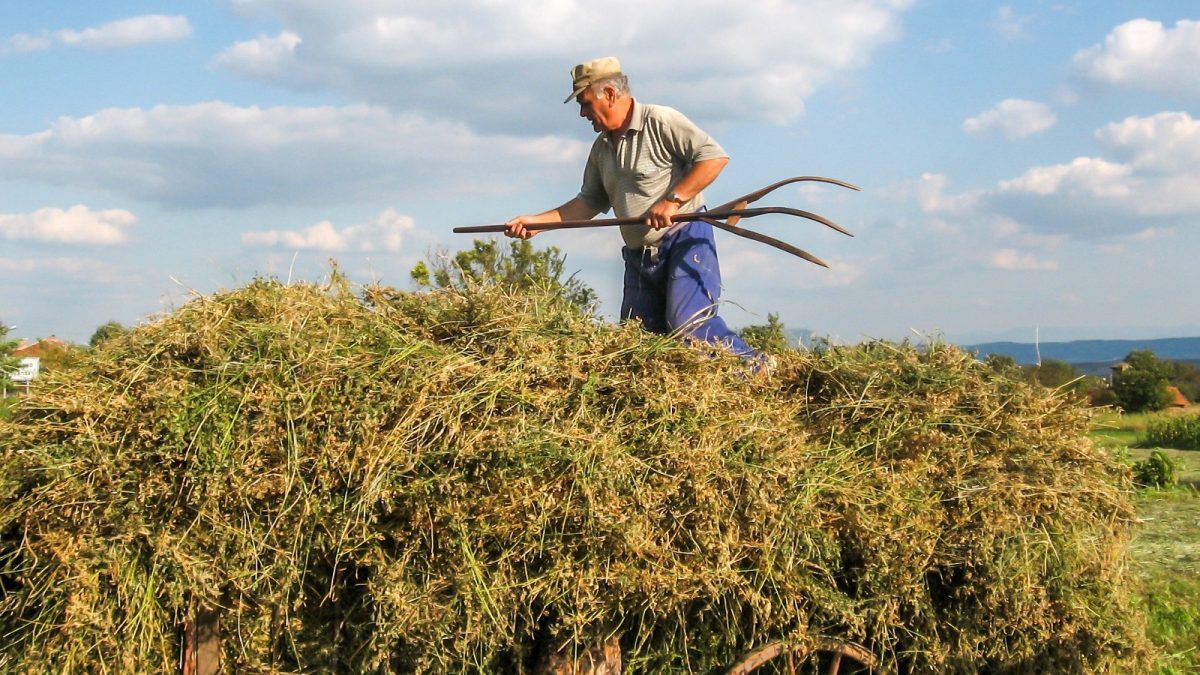 When people talk about rules, regulations and laws mostly what we get are knee-jerk complaints and the claim that we got along just fine without “all those rules” a hundred years ago and therefore we don’t really need them now.

Let’s think about rules in a more analytic way.

The bottom line is that rules exist as an attempt to protect us from the damage inflicted on us by bad people.

If people were perfect everyone would strive to do the “right thing” all the time and laws, courts and prisons would be unnecessary. Sadly, that is not the human race. Not at all.

Let’s start with some basic facts about human beings.

Point #1A: There are always a certain number of mean, vicious, destructive people who will wreck things just for the fun of it. We have evidence of this every day — homes, businesses and schools vandalized; fires set; computers hacked; products tampered with; women raped, etc.

You can add to the list as easily as I can.

Why do we need anti-virus software? Sure, some attackers are motivated by money, either ransomware or to steal salable information, but many are just out to cause as much damage as possible.

Why are people now talking about the need to encrypt the chips in pacemakers? Because there’s money to be made by hacking them or because some international assassin wants to gain access in order to kill his target?

No, mostly it’s because there are people who will kill someone by hacking their pacemaker just so that they can kill someone remotely.

Anything For More Money

Point #1B: There’s a much larger percentage of people who are perfectly willing to cause great harm in the course of pursuing money. Armed robbers, car jackers, drug dealers, thieves of all stripes, etc.

We can talk about Madoff and his ponzi scheme, the vast scam that was Enron, the New England Compounding Company that refused to spend the money needed to maintain a clean facility and instead sold medications that sickened 800 people and killed 76.

You don’t need me to prove point number 1B, that a material percentage of the population will do bad things that hurt many people in their pursuit of money.

So, first principle: If not restrained a material percentage of the human race will cause harm to other humans either for money or just for the fun of causing pain and destruction.

That’s just the way some people are. Let’s call these people, “bad people.”

There is probably one serial killer for every three to five million adult American males. I don’t know how many terrorists or school shooters or the like there are per so many million people, but as the population increases the number of people who want to cause damage just for the fun of it increases.

In 1870 the adult male American population was about 13 million. In 1900, the number of adult American males was about 25 million. Today it is about 118 million.

So, if the number of people willing to do bad things only increased on a straight-line basis, the absolute numbers of them grow to truly disturbing proportions when the population quintuples.

Why is that a big problem? Because the cost to deal with random killers, terrorists, etc. is disproportionate to their numbers. A community can easily spend five to ten million dollars searching for just one serial killer, bringing him to trial and then imprisoning him.

One arsonist, one manufacturer of contaminated products, etc. each costs society a huge amount of money. That means the damage done, the cost, of each really bad person, is massively disproportionate to their numbers.

But it’s even worse than that.

The increase in bad people as population increases is not a straight line.

Each increase in information technology increases each person’s exposure to more information. The percentage of adults who decide to do bad things increases as the the public’s information exposure increases.

Some 1875-era farmer in Kansas might see a newspaper a few times a month, and that paper would contain a very limited amount of information.

In the 1920s that same farmer might listen to the radio every day but the breadth and depth of the news coverage would still be quite narrow.

Today, that Kansas farmer will be exposed to massive amounts of both accurate and false information from all over the world.

Humans are big-time participants in the “Monkey See, Monkey Do” phenomenon.

Because of the constant barrage of news coverage, a school shooting that would be unthinkable one year may well be commonplace the next. As soon as everyone learns about one person doing something truly horrible, some percentage of other marginal people immediately begin thinking, “I could that, but even bigger.”

Technology Increases The Amount Of Damage One Person Can Inflict

Point #3 — The degree of damage people are capable of inflicting grows with technology, that is, higher technology increases (a) the number people who can be harmed by just one person and (b) the types and severity of damage one individual can inflict.

#3A — The number of people one person can injure has massively increased.

How much damage could that 1870 Kansas farmer do if he wanted to? He could shoot a few people with a single-action six-gun. Maybe he could take the train to Kansas City and hide a box of dynamite in a three or four story building, but that’s about it.

Things wouldn’t be that much different in the 1920s except that he could try to blow up a taller building which might or might not collapse.

Today that one person might be able to get his hands on a vial of anthrax and kills hundreds or thousands of people. Expand that to a few people who can take over a plane and kill thousands when they crash it into a building.

Today one production facility may provide a food product to all fifty states under twenty different brand names. One improperly maintained factory might provide tainted ground beef that is sold by Walmart under one name, Costco under another name, Trader Joes under a third name, Safeway under a forth name and so forth.

Consumers have no way to keep track of these producers and one plant manager trying to increase his performance bonus by cutting corners on safety procedures can sicken thousands all across the country.

#3B — Our vulnerabilities to different types of harm have massively increased.

In 1870 there were very few if any manufactured products that were sold from coast to coast. In 1870 your interaction with the rest of society was limited and there were limited ways that one person or group of people could injure you.

How many different products did the average 1870s American purchase? Coffee, sugar, flour, shoes, hand tools, and the like. The average American probably bought less than fifty different manufactured products a year.

Today we are interconnected in uncountable ways. Think about how many different products from tuna fish to grooming products one person buys. Each of us buys hundreds if not thousands of different products each year, all of them made in different places, under different conditions with different risks of harm.

In 1870 nobody was exposed to the risk that naked pictures of themselves would be published for all the world to see. In 1870, no one could destroy your credit and thus your ability to buy food and pay your bills. Not so today. No one was driving a car, traveling in a plane, riding elevators, etc. back then.

Not only has the amount of harm one person or a few people can do greatly increased, but the types of harm, the number of directions that harm can come at you from, has hugely increased.

Control Of Major Businesses Is No Longer Personal

Point #4A — The control of large business entities is disconnected from ownership.

In the 1800s there was a person who owned your bank, your grocery store, your hotel. You probably knew that person and he cared if his neighbors thought he was a crook.

Into the 1900s many large businesses were still controlled by founders who had some personal pride in their company and its products. To some degree those owners could be counted on to care about their company’s reputation and about the long-term viability of their business.

That all changes as the founders die off or are bought out. When that happens, we’re left with huge entities that are run by a professional, managerial class that has no ego attachment to the company and no long-term financial investment in the company.

On a personal basis, they don’t care that it’s a “good” company with good products that treats its customers well except to the extent those values translate to short-term profits and short-term increases in the stock price.

They aren’t deterred in the way that founders might be from making business decisions that in the long term are bad for their customers.

Point #4B — Not only do the professional managers have no long-term ownership interest in the company, their actual involvement with the company is itself often short term.

They come, they go. The CEO of company X stays three, four, five years then moves on to Company Y. They know going in that Company X’s long-term health is not their problem because they won’t be there in seven or eight years anyway.

In fact, they know that even if the company goes bankrupt under their leadership that they will still get a huge bonus when they leave. Yes, that’s true. CEOs of companies that go broke still get their golden parachute. Why should they care if their pursuit of short-term profits eventually wrecks the company?

They didn’t found the company. They have no long-term financial interest in it. Their financial future is not dependent on it. They have no reason to care if it makes crappy products, cheats its customers, or screws its employees because in five years they’ll be running some other corporation.

All of this gives them great freedom to do whatever will be in their short-term financial interest no matter how damaging that conduct might be in the long term to the company’s employees, suppliers or customers.

Combine These Four Points Together

What’s The Magnitude Of These Changes?

Sure, you can quarrel with my numbers. You can say “This one should only be 2X, not 10X” or whatever, but however you slice it, the types and severity of harm that we are exposed to from the actions of “bad people” today is hundreds if not thousands of times greater than it was in 1900.

But, these are only a few of the known risks of daily life today that previous generations did not face.

The point is that people living in a large, complicated, high-tech society are exposed to exponentially more dangers than those living in a low-tech, agrarian society.

Because we are subject to more types of damage, more serious damage, from more bad people today means we need more rules today to attempt to mitigate at least part of those hugely increased risks.

Those rules may be complicated, expensive, and only partially effective. Some may not pass the cost/benefit test. But there were good reasons why people thought we needed them.

If anyone has another more effective mechanism that will deter “bad” people from selling us crappy products, stealing our identities, ruining our credit or reputation, poisoning us, etc. in the pursuit of money or excitement I would love to hear it.

But, don’t tell me that because some 1870 Kansas farmer who lived in a third-world, off-the-grid, agrarian-economy didn’t need rules that therefore we don’t need them either. That’s just plain wrong.

Lots Of People Think They Know What Capitalism Is, But Many Don’t