Bitcoin is the oldest and the most valued cryptocurrency and that’s a fact. Most people who don’t know much about cryptocurrencies decide to own some BTC. Does this intrigue you? But are there are some questions you don’t have answered that are holding you back? These questions might appear too basic for all the crypto-savvy crowd, that’s why you might’ve been afraid to ask them. Don’t fret! Here you’ll find the answers to the most common questions!

The first and foremost question that you may hesitate to ask is the simplest one. Indeed, when people around are raving about Bitcoin and almost every person you meet claims that they have some, it’s kind of awkward to ask – what is it really?

Well, technically, Bitcoin is a piece of computer code that is written into a public database called the blockchain. The blockchain is decentralized meaning that there is no single owner to it. Every Bitcoin that is mined writes into this chain of code blocks and it’s impossible to get it out of there or pretend that it was never written in there. That’s why, if you own it or even a small fraction of it, you may rest assured that you own something that really exists. Bitcoin was initially designed as a digital currency, although by now it is still not adopted as a legal tender anywhere in the world. There are some things you can buy for Bitcoin, nevertheless. For example, Tesla has recently announced that they sell their cars for Bitcoins.

Will the the Bitcoin bubble burst?

That’s a tough one! Seems like even the laziest person has already talked about Bitcoins being a bubble. Even though technically, there is no fraud involved in the technology of this cryptocurrency itself. But after the famous Bitcoin dip in 2017, all the crypto investors are aware of the possibility of the market crashing. That’s why there are so many talks on the media about the Bitcoin bubble presumably bursting in the future.

From the viewpoint of trading, anything could happen. Even the stock markets crash once in a while, despite the fact that this type of financial asset is completely legal and backed by shares of real publicly traded companies. Then again, the real estate market crashed, although property, unlike cryptocurrencies, is something tangible and stable for the long term. See, in a free-market economy, supply, and demand may play a big role. And whenever some asset is in huge demand, just like Bitcoin right now, the market generally experiences an influx of speculators who earn their money on sudden market swings while others lose it all.

How do I store Bitcoins?

Bitcoin can be stored either in a hot or in a cold wallet. A hot wallet is like your regular PayPal account because it connects to the Internet and you can make instant transactions. A cold wallet is disconnected from the Internet. Usually, it’s a hard drive, or a wallet address printed on a piece of paper. The catch here is that if you lose that flash drive or a piece of paper, there is no way to access the money stored in there otherwise.

The easiest way is to store Bitcoin in your account is in a cryptocurrency exchange. You can also buy Bitcoin or sell BTC for cash. Usually, these exchanges allow you to hold a few cryptocurrencies in your wallet at the same time.

The original idea is that every Bitcoin transaction is encrypted. That’s why you don’t know the name or the bank account of a person who owns some BTC or who transfers them. But also since Bitcoin’s blockchain is completely public, there is nothing anonymous about that. This means that every single transaction in this network can be seen by anyone in the world. Some advanced software can even trace a history of transactions from one source. So, the anonymity of Bitcoin is quite arguable.

The Bitcoin itself is not considered illegal in any jurisdiction. Some countries choose to ban cryptocurrency trading and holding altogether and that’s the case when you’re not allowed to buy or sell it in when residing in a country like that. But otherwise, Bitcoin doesn’t break any law.

Should I pay taxes if I own Bitcoin?

There is a list of countries in which Bitcoin is indeed taxed. In countries like the UK, the government will charge capital gains taxes on Bitcoin holdings. Meanwhile, there is a number of BTC-friendly countries where they have minimal to no taxes for cryptocurrencies at all. Research the list of crypto-friendly countries if you’re interested in where you can safely invest and trade Bitcoin without too many restrictions.

Is Bitcoin a good investment?

This is a decision that should be solely your own. Truth is, no one can tell you for sure what’s going to happen to Bitcoin the next month, the next day, or even the next hour. The nature of crypto markets is still highly volatile. Some analysts may claim that Bitcoin is scarce and that it is undergoing wide institutional adoption. Yet, if you look at its price chart in correlation to the US dollar, it is still jumping up and down and the relative stability is only seen on a logarithmic scale of a decade-long timeframe. So it’s up to you what you want to do, and whether you want to buy it or not.

Keep in mind that it should be a well-informed decision at all times. There is a notion that markets are moved by the psychology of traders. However, being an emotional trader is the least smart thing that you can possibly do. 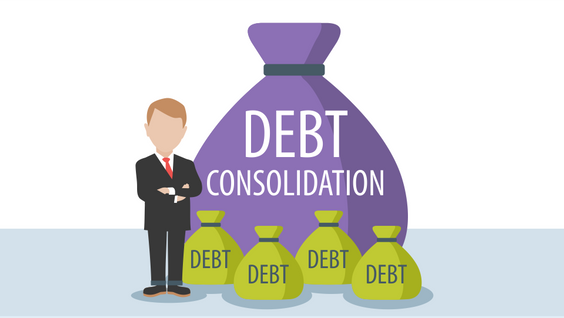 Everything You Need to Know About Student Loan Consolidation

A 401(k) plan is a retirement saving account. Your employer uses this account to divert a portion of their salary into long-term…

The Top 15 Best Side Jobs You Can Pick-Up Now

Side jobs can help you make a little extra cash or let you turn something you’re passionate about into profit. Here is…

What’s a Stock Index? Everything You Need to Know

A stock market index measures how well certain stocks are doing. They usually use the weighted average of the prices of each…

Feb 06,2019 · 3min read
Stay updated
Be the first to hear about our latest apps, features and financial tips.