Many home buyers these days will probably get hit with the harsh reality of high prices and limited choices. There is some hope on the horizon. President Joe Biden and his administration plan on implementing certain policies and plans. They will regulate the housing market and mitigate social inequalities.

Biden’s new presidency will most likely result in stricter real estate regulation. He also promises an investment of $640 billion over the next ten years into the industry. Their goal of this investment would be more affordable, safe, accessible, and healthy housing. Biden has also promised a new tax credit for new home buyers above $15,000, changing restrictive zoning laws to build development. He’s also reintroducing sharper regulatory aspects to agencies, capping payments for some renters, and building affordable housing units. There have also been talks of keeping Government-Sponsored Enterprises (GSEs) such as Fannie and Freddie under conservatorship.

With all of these new plans and promises, many believe that interest rates will continue to be at a low for the next few years while volumes will remain high. The economy is not in a stable enough state for rates to increase because of COVID-19. These promises will most likely go through as the Democrats have retaken the Senate. If the Republicans had kept ahold of the Senate, Biden’s proposed changes probably wouldn’t have gone through.

Plans to use Fannie and Freddie will decrease the wealth gap, support affordable housing, and cap payments on rentals are in the works. These policy changes and his injection will provide assistance for people to buy housing. Biden and his administration will assist through tools like a refundable and advanceable tax credit and rental assistance. These plans aim to target first-time home buyers as well as Hispanic and Black home buyers. There are potential problems with these proposed plans. For example, low inventory in regards to housing.

This past December, the number of homes on the market decreased 40% compared to December of 2019. Homes also sold two weeks faster. Trump’s trade wars resulted in home prices have been rising and resources such as lumber and metal have climbed to new highs. The lack of immigration caused a shortage in labor. The shortage of workers might turn around with Biden’s administration. However, the tax credit he is proposing might not make it through Congress, even with Democrats in the majority in the Senate.

Biden also plans on naming a new head of the Federal Housing Finance Agency (FHFA). This would better hold Fannie and Freddie responsible for putting through affordable housing goals. They won’t be free from conservatorship for the next few years as the proceeds that will probably go towards affordable housing will come from feeds on government-backed loans. There will be more regulations under Biden’s administration, which will increase the cost of credit and make it less available. Biden also is planning on increase the lending that the FHFA provides and reducing monthly insurance premiums. This will also hopefully help decrease the inequalities in race, economic, and education that we see today. They are also trying to pressure banks back into FHA lending which could help to increase the availability of affordable mortgages.

Along the lines of policy change, Biden plans on strengthening the Community Reinvestment Act which holds banks to the obligation of reinvesting funds from communities they take deposits from. Banks are held to this Act. Biden plans on making it apply to nonbank lenders as well in order to better help low-income areas. Increasing loans to low-income home buyers and building more affordable housing will create more high-density multifamily buildings. However, this could have a negative effect on the environment–another key aspect of Biden’s campaign.

Lastly, mortgage rates are increasing. Previously, low rates gave home buyers more buying power and let them be more competitive in the market. The only reason rates were low is because the Federal Reserve was buying mortgage-backed bonds as a result of the pandemic. They wanted to help stimulate home-buying by letting people refinance their mortgages at low rates which would stimulate the economy. The rise in rates will increase slowly and a stronger economy will help to offset the rise in rates.

If Biden’s proposed tax credit is implemented, it would create a permanent, refundable tax credit for first-time buyers. This means that they would get the tax credit immediately when they purchase their home instead of waiting until they file a tax reform. Biden and his team see this as a type of “down-payment” assistance. However, this could possibly cause more harm because demand would rise in a market where there is already a shortage. As a result, people are going to be paying more to purchase a home. 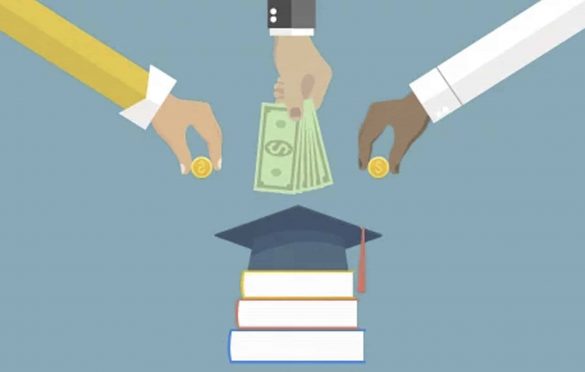 What are student loans? Student loans are loans made to people who are trying to go to college but cannot afford the…

What’s the Benefits of Using Cash vs Credit/Debit Cards?

Sometimes it’s hard to carry cash, especially for college students who want to keep their savings in one place. Here are some…

How to Ethically Invest

Ethically investing means matching your moral values to the investments in your portfolio. For example, you can invest in sustainable energy because… 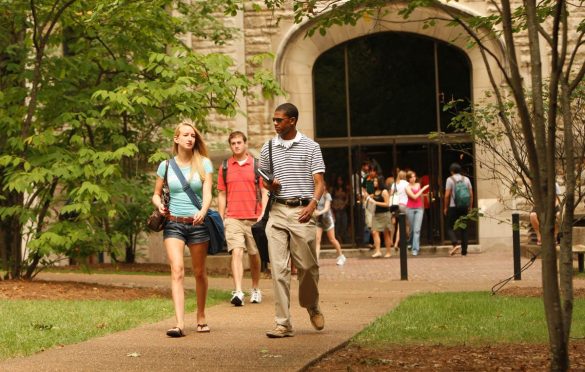 Financial Impact of the Coronavirus on Colleges and Their Students

On March 6, 2020, the University of Washington became the first college in America to cancel in-person instruction due to the spread…

May 17,2020 · 3min read
Stay updated
Be the first to hear about our latest apps, features and financial tips.