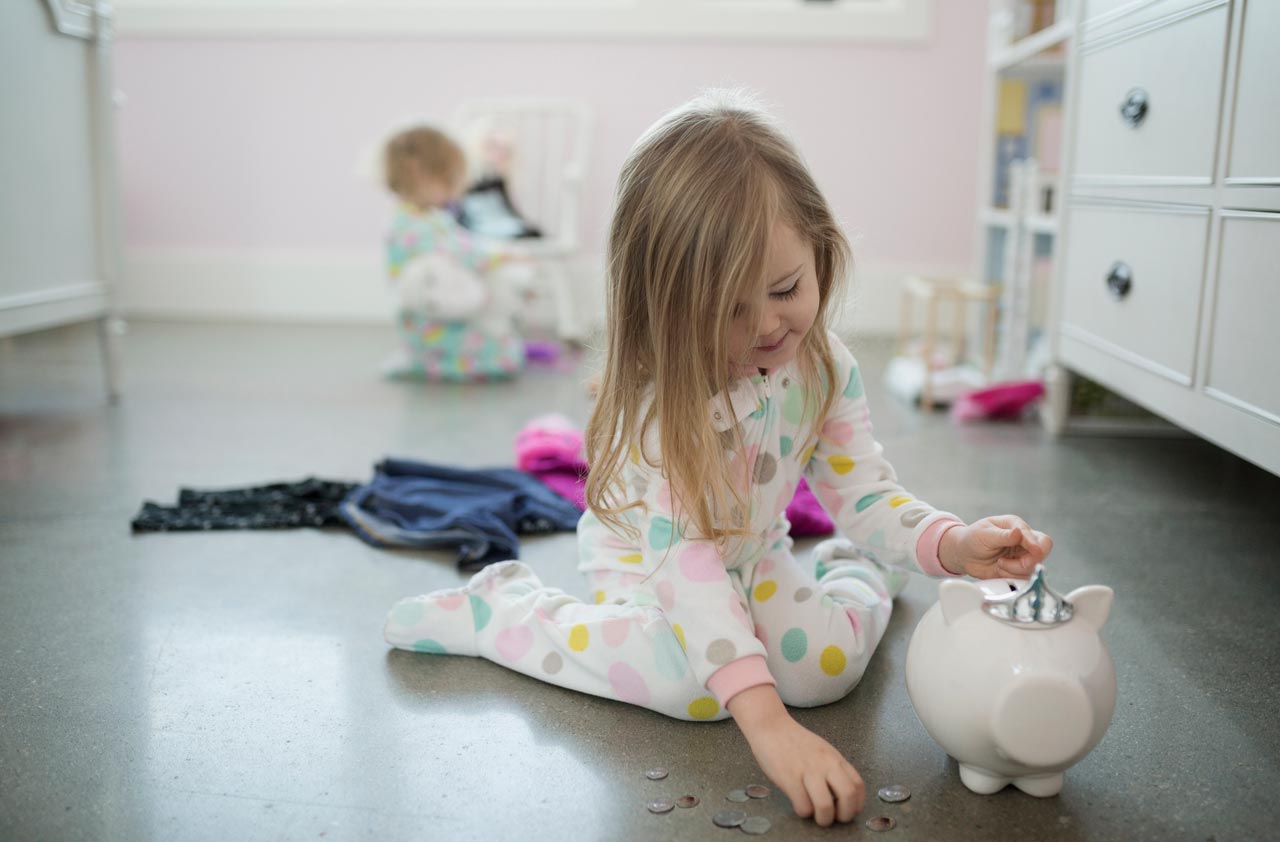 There are multiple things that parents have to teach their children. It can be overwhelming because it spans all areas of life. However, financial lessons and how to manage money are still not often talked about between parents and children.

According to the Council for Economic Education, only 21 states require children to take personal finance classes to graduate high school. This means that parents are the people responsible for teaching children about money. Even if you aren’t the best with finances, you can still teach your children some things. Here are some tips so you can use them to create a strong financial foundation for your children.

Talking about family finances does not mean that you have to show your children financial spreadsheets. However, your kids aren’t going to be comfortable talking about money unless you are comfortable with it. If you have a family budget meeting every few months or every year, your family can talk about important topics. For example, how much money it takes to run a household and why it's important to save and have insurance. It is essential to let your children ask questions and give their input. This does not mean the financial decisions now lay in the hands of your kids. Instead, you can ask for their perspective on different things to save for and what's more important and why.

2. Teach them to understand the value of their money

If you get your children to value their money, you are giving them a head start on money management. Ensure they understand where their money is coming from if you give an allowance, or if they earn money themselves. Your kids will better understand the value of this money if they learn the concept of budgeting early in life. Children will learn how to make decisions that will prepare them for the future. Such as when they are figuring out how much of their paycheck will go towards food, savings, emergencies, etc. Ask them various questions such as it is worth it to do chores to earn an allowance? If you give them the power to make decisions, your kids will learn how to apply money concepts into decision-making as they grow.

3. Show them why saving is important

How your children save and what they prioritize saving for will change as your child grows older. However, teaching them the value of saving money instead of buying no impulse goes a long way. When teaching younger children to understand the concept, it is important to use real, physical cash and coins. This is so they get a clear picture of how things add up. It could be helpful to get different jars or piggy banks: one for spending, one for saving, and one for giving.

As they grow a little bit older, you can help them by opening a bank account. Many banks have specific accounts for minors that are linked to their parent's accounts. This can help your kids save on fees that are charged with regular accounts. Try bringing them to the physical bank location when opening your child's account. Doing so allows them to become comfortable dealing with financial tools and institutions. It is important that they do not see the bank or ATMs as intimidating or difficult to use. Additionally, savings accounts can teach kids about the importance of compound interest. They should learn to understand that money can grow in the account by earning interest on the interest.

If you don’t give your children the tools and knowledge to handle debt, they're more likely to get themselves into debt. The best way to avoid bad debt is to teach them how to responsibly handle it. You should educate them on the methods you use to avoid or get out of it. Make sure to inform them about good debt or bad debt. Lastly, teach them the difference between the interest rate and the value of what they are in debt for.

If you borrow money at a higher rate than you can earn by investing, that is very bad. The S&P 500 averages an annual rate of 7% which is the benchmark you should use on how much to expect back on investment. For instance, if your credit card charges 18% interest, you can’t expect that you will get these kinds of returns on investing--so that is bad debt. However, if you have a mortgage with a 3% interest rate, there is a good chance that you can invest this money and make more in interest. It is essential that you teach kids that good debt and bad debt involves these things and how things such as borrowing money to buy a candy bar are bad debt, but borrowing money to invest in a shovel so you can earn money by shoveling snow is good debt.

Additionally, make sure you talk about student loans early with your children and how student loan debt can affect their life after college. Ask them to consider the costs and benefits of this debt and if private education is worth more to them than public education. It is also important to teach your kids how to responsibly use debit and credit lines by adding them as an authorized user. Lastly, you can introduce your youngest kids to financial lessons with debt-free charts. First, decide on a bigger purchase that your child wants, but doesn’t have enough money for yet--but is small enough that they can pay the amount off in a few months or weeks. Each time a payment is made to you, they can color in sections of the chart. They will then have a better understanding of what it means to pay off debt with this visual piece.

It might be one of the toughest financial lessons for your child to understand, but it is much better that your child learns these financial lessons and loses a week of allowance instead of all of their savings. Investing also doesn’t require a lot of money to start. If you work with a brokerage that allows you to open a custodial account and invest in fractional shares, your kids can pick some companies and check the stock price each week to see how their investment is doing.

These financial lessons are important to teach your children from a young age so they are best set up for financial success as they grow older. If you are afraid that you are not an expert--don’t worry--with a little bit of research and some time, your children will learn more than you realize.

Cable subscriptions have been rising higher and higher over the past years, but customer satisfaction with cable has been dipping lower and lower. People these days are cutting cable altogether. There are big names in streaming such as Netflix which are available for a monthly fee, but unknown to many people, it is possible to get rid of subscription fees altogether. There are many options out there for replacing the traditional cable. Many free streaming services offer access to content not on other subscription-based services. This doesn’t mean you have to squint at your phone’s screen or father around an old iPad to watch TV series and movies. Instead, you can download free TV apps to consoles like Xbox or your Smart TV. There are other legal, free TV apps that will replace the cable in your life. Here are some options:

A branch of FOX Entertainment, this app has dealt with studios such as Metro-Goldwyn-Mayer (MGM), Paramount Pictures, and Lionsgate. They also feature many foreign and independent productions. Their library is updated regularly and they add new content every week. The app also works on more than 25 devices such as Apple TV, iOS, Android, Amazon Fire TV, and Samsung Smart TVs. They offer popular Fox TV series like “The Masked Singer.” The service is supported by ads like regular tv.

They are one of the go-to names in free streaming and video streaming. It's cost-free and offers a variety of content from classic TV shows to newer ones as well. They also have hundreds of films and some original series. It works on almost every mobile device, smart TV, and streaming box.

This app gives access to hundreds of local and national news streams. They have both live TV and on-demand news broadcasts that can be streamed from over 275 local news affiliates in 160 markets. The broadcasts are available for viewing for up to 48 hours after they air, so you can catch up late if you miss the news as it happens. People can choose what news segments they want to watch and the app is compatible with Android, iOS, Roku, and Amazon Fire TV.

This app offers a lot of TV channels and dozens of classic TV, sports, and movie channels, and a lot of niche content. If you would rather watch breaking news, there are many major news channels that are live streaming. Nickelodeon classics are also available and the app supports Roku, Chromecast devices, Android, iOS, Amazon Fire, and Apple TV. They have ads similar to normal TV which is probably why it’s free.

PBS has a video app that offers hundreds of hours of educational content for younger kids. The app has a child-friendly, colorful interface which makes it easy for kids to use and you can even hit the “Live TV” button to watch what is currently airing on the station. Videos from popular series such as “Sesame Street” and “Curious George” are available and the app is supported by Windows, Android, and iOS.

This app is mainly for streaming comedy and was founded by Will Ferrel and Adam McKay in 2007. They even produce original content from big names now.

This app specializes in mostly Japanese content like anime and manga, however, it also offers films and series from all over the world. They have a library of thousands of anime films and series such as “Naruto” and “Attack on Titan.” The app is supported by Android, Apple, Windows, Apple TV, Roku, and Chromecast.

They offer live TV and on-demand options and you can choose from many major network news channels that are live streaming. They also include more than 160 free channels and are available on most smart TVs, Roky, iOS, and Android.

This app, owned by Amazon, features many full episodes of current and classic TV shows as well as many movies. They are free with ads and are available in the United States on the IMDb app, the website, Amazon Prime Video app, and Amazon Fire TV devices.

Twitch is a great option for people into gaming and esports. They host user-created channels and have streams focused on video games and other esports. They also have a built-in chat feature so people can chat with each other. There are many streams available for free, but there is also a premium version that comes with a monthly subscription. The app is compatible with PCs, Android, iOS, Chromecast, and Fire TV.

This streaming service was launched in July of 2020 by NBCUniversal. They offer paid premium options, but the free version includes many tv shows, movies, news, sports, and originals. Users can stream on many platforms such as Vizio Smartcast, Roku, LG Smart TVs, Google, Playstation, and Xbox consoles.

Youtube apps are compatible with pretty much every device and there are many full-length films, curated channels, documentary series, and cost-free entertainment.