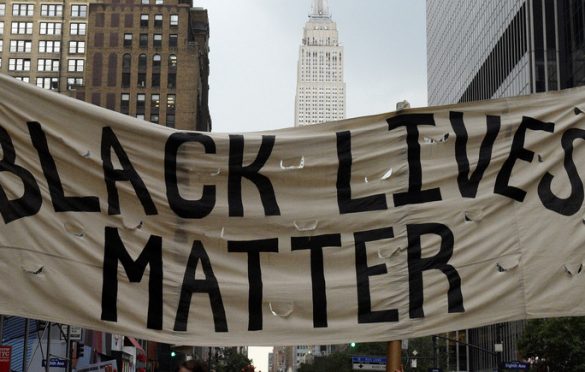 As protests continue nationwide following the death of George Floyd, Breonna Taylor, Andres Guardado, some companies are developing innovative ways to support the Black Lives Matter movement. Here are the top four companies that are doing the most to help promote racial equality and some honorable mentions. We’ve also got some tips to help you get involved in the movement.

If you’re an aspiring makeup artist or a fan of makeup in general, you’ve likely shopped at Sephora. It’s one of the biggest companies in the game. The makeup company announced changes to its Insider Rewards Program, which allows customers to cash in points for various prizes. Now, instead of using points on makeup products, shoppers can submit points for donations to the National Black Justice Coalition. It’s an organization that aims to benefit Black lesbian, gay, bisexual, and transgender people. With the new program, 500 Sephora points will equal a $10 donation, 1,000 points will equal $20 and 1,500 will equate to $30. You can check out all the details on the Sephora rewards webpage.

This shoewear brand has been known for years for its philanthropy efforts. The brand has a one-for-one initiative, which donates a pair of free shoes to various children in countries worldwide with every retail sale. Amid the protests, the brand announced that it would donate $100,000 to organizations that are fighting racial injustice. TOMS also released the Instagram handles for several notable leaders, activists, and organizations at the forefront of the movement, another initiative meant to educate consumers.

This international fast-fashion brand announced that it would donate at least $200,000 to organizations supporting the movement. Some of these organizations include the NAACP Legal Defense and Education Fund through the newly established SHEIN Together Fund. SHEIN is also working on a line called SHEIN Together t-shirts, whereby 100% of all funds will go to various Black-led organizations. The company also added a link to resources for consumers to educate themselves on racial inequality which includes a link to a New York Times list of anti-racist books. On their Instagram account, they’ve also posted a list of additional organizations to donate to and help.

Gap Inc., the owner of various fashion brands including Athleta, Old Navy and Banana Republic announced that it would be donating $300,000 donation to EmbraceRace and the NAACP, two organizations that aim to topple systematic racism. The company also announced a renewed sponsorship with Harlem’s Fashion Row, an organization that aims to assist emerging designers of color and connect them with brands. The company will also donate an additional $25,000 to the Icon 360 Program, a newly established company initiative to specifically benefit designers of color who have been affected by COVID-19.

Warby Parker, the eyewear brand commonly known for its charitable initiatives, including its program which donates a pair of glasses with every pair purchased, announced that it would donate $1 million to organizations aiming to combat racism.

Peloton, the popular fitness company is known for it’s at home cycling equipment and programs will donate $500,000 to the NAACP Legal Defense and Educational Fund.

Lululemon initially announced it would donate $100,000 to the Minnesota Freedom Fund. But they ended up donating at least $250,000 to several black-led organizations including Reclaim the Block, a Minneapolis based organization that aims to reinvest money from the police department into promoting safety and community health.

Coca-Cola announced it would be donating to 100 Black Men, an African American-led mentoring organization.

Amazon is donating a combined $10 million to 11 organizations. This includes the ACLU Foundation, Brennan Center for Justice, and National Museum of African American History and Culture

How You Can Get Involved

The best thing to do is to go out and protest. However, if you feel uncomfortable, there are tons of ways to show your support without venturing out.

You can definitely donate to Black Lives Matter! But, also consider some of the lesser-known funds supporting the community and resolving other related issues. Consider donating to the Equal Justice Initiative, an organization that aims to give legal assistance and representation to those wrongly convicted or incarcerated.

You can also donate to mutual aid funds that help address homelessness and provide assistance to those struggling. Many major cities, including Los Angeles, have set up these programs. New York Magazine has an excellent list of some active funds.

If you want to support the community, you can also start by supporting black-owned businesses. In addition, many of them have been hurt economically as a result of the pandemic. Both  VICE and Bon Appetit have created and compiled lists and spreadsheets of black-owned restaurants in dozens of cities to check out.

If you feel uncomfortable venturing out, you can support bail funds. Bail funds aim to raise money to free those incarcerated amid the protests. It’s a great way to show your support for the movement. Some of the most popular funds include the Minnesota Freedom Fund, but there are also tons of smaller organizations that need help.

The Community Justice Exchange has a list of bail funds by states. You can easily browse and connect at your own convenience. Money might be tight these days thanks to the current economic downturn. But, keep in mind that even a few dollars add up. There are also special bail funds devoted to specific groups and communities affected, including the LGBTQ community. You might want to consider splitting donations between groups in order to help more organizations.

Learning about the issues facing the black community is one of the best ways you can get involved. Hundreds of websites including TIME, Distractify, and Refinery29 have compiled lists of movies, documentaries, and books about racism. You can even learn a lot from a quick Google Search.

With these tips, there are tons of options to choose from to support the movement without breaking the bank along the way.

How to Start Investing: A Guide for Beginners

Investing isn’t just for people who have money. You now have the opportunity to grow small amounts of money, and there is… 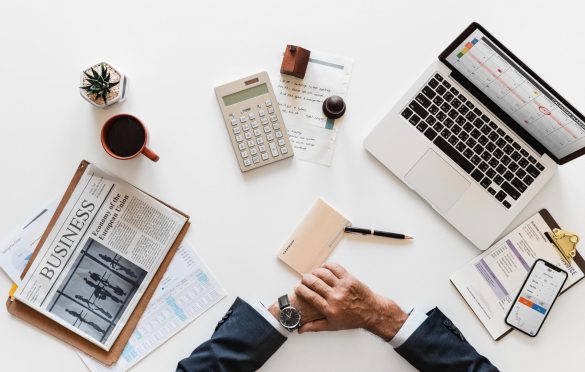 Everything You Need to Know About Individualized Pricing

By David Grace: https://davidgraceauthor.com/ Old-Fashioned Ideas About Prices The simplistic idea of pricing. This is when the manufacturer figures out its costs… 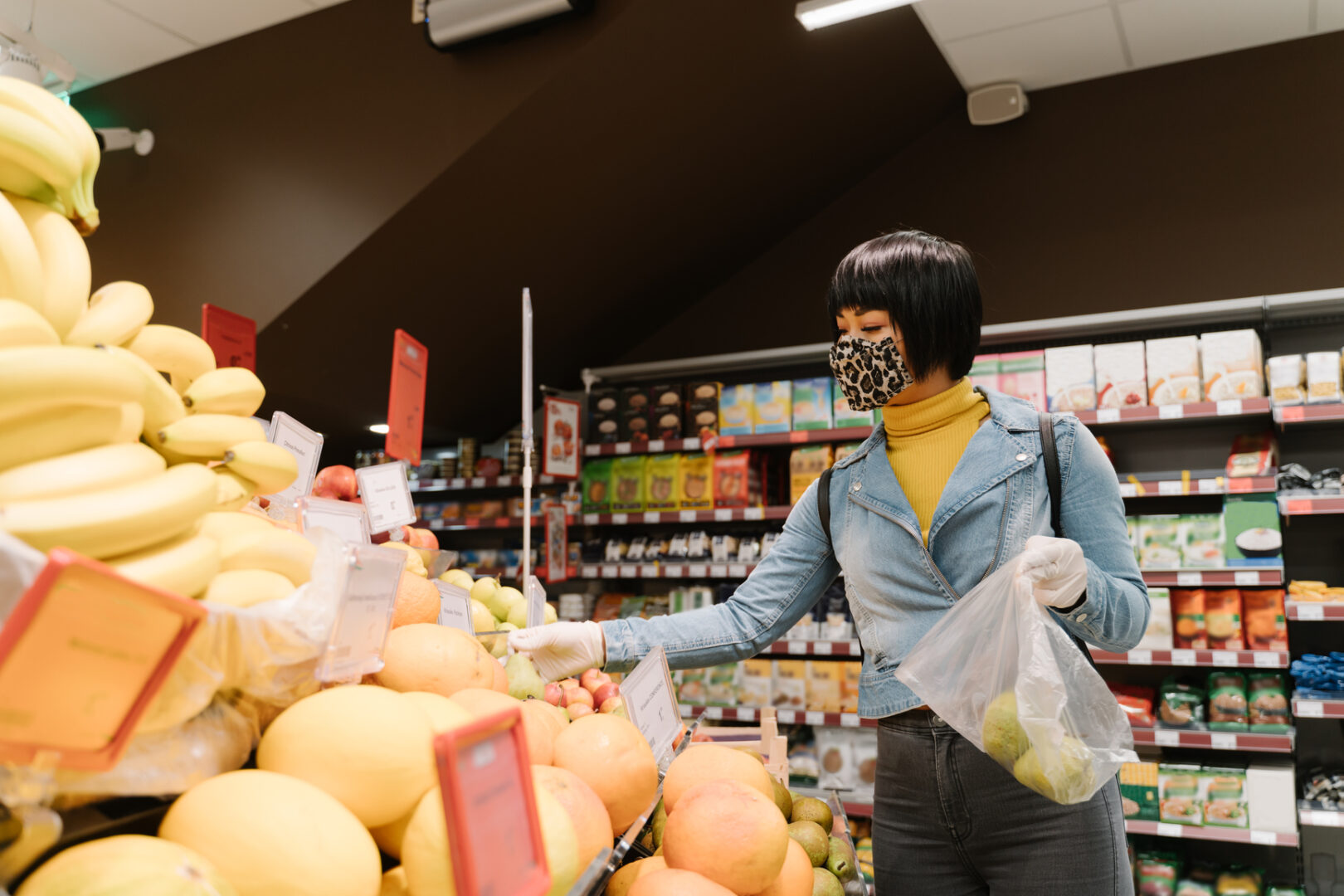 Top 10 Ways to Save When You’re Grocery Shopping

If you feel as though your grocery bill has been steadily increasing, you're not alone. Over the past year, the price of…

The Best Credit Cards If You’re a Student in 2020

Student credit cards are cards with lower credit limits, no annual fee, and generally lower interest rates. They are designed for young…

Jun 11,2020 · 8min read
Stay updated
Be the first to hear about our latest apps, features and financial tips.