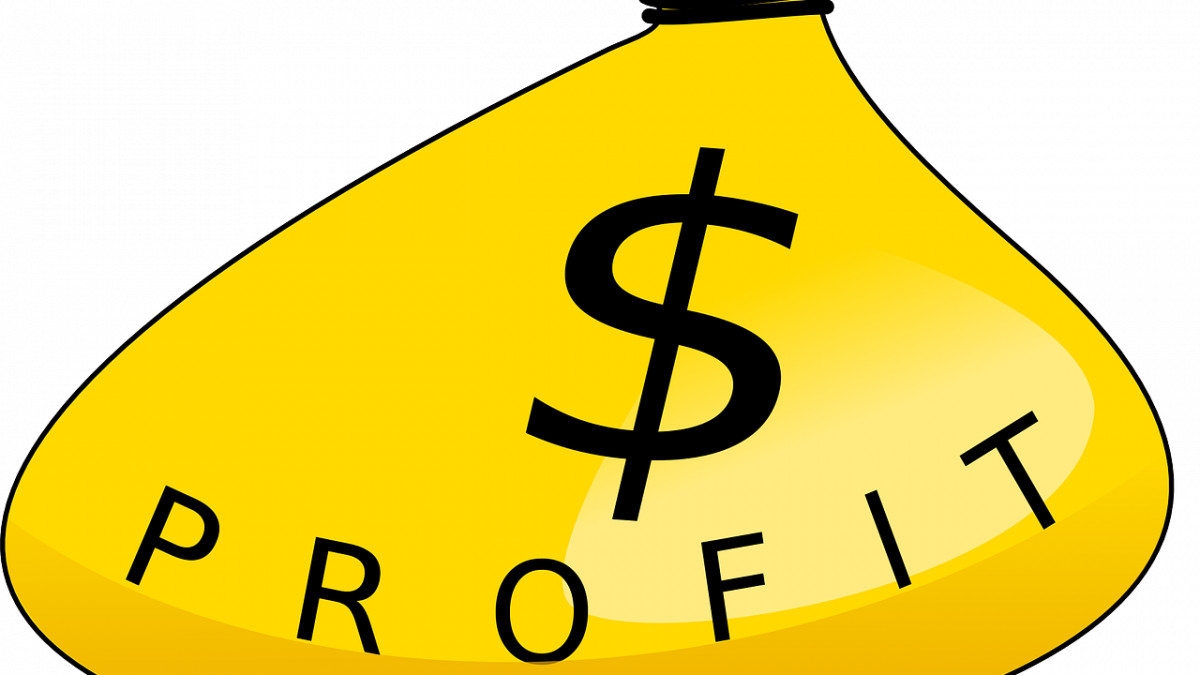 There are at least two kinds of Big Lies:

There are lots of examples of an outrageous Big Lie, but the one I think of first is Hitler’s:

“We Germans lost WW I because the Jews stabbed us in the back.”

This kind of Big Lie starts out 180 degrees off from the truth, is totally invented, and is central to the liar achieving his/her goals.

A second type of Big Lie is of “The Emperor’s New Clothes” variety.

It’s a cultural, social or psychological myth that gets repeated so often for so long that people just believe it without even thinking about it.

It a pervasive Big Lie that contaminates an entire society.

Some of these kinds of Big Lies are racial:

I’m Not A Communist Nor A Bleeding-Heart Liberal

“Wait,” you say, “are you actually saying that higher profits aren’t automatically a good thing? What are you, some kind of a communist?”

I’m not a communist, socialist, or bleeding heart liberal. I’m a pragmatist and a capitalist.

The knee-jerk assumption that higher profits are always a good thing is absolutely false.

It’s Not About Making Any Profit

There are times when increased profits are needed for an important, specific, business purpose.

A company may need capital to build a new factory, develop an expensive new product, expand into a new market.

Usually it can sell additional shares or borrow to raise that money, but there are times when the company may need increased profits to make that happen. For publicly-held corporations though, that’s relatively rare.

I’m talking about what an already profitable company does to become even richer.

What’s The Benefit From An Increase In Profits?

Excepting a targeted capital event or a company struggling to move from the red into the black, what good comes from an increase in profits?

More profits will generally raise the stock price. The thing is, unless the company is in the midst of a public offering the company itself doesn’t get a dime from an increase in its stock price.

Outside of a public offering, all the sales of the company’s stock are by private owners between themselves and not one penny of that money goes into the company’s bank account.

“But,” you say, “the company’s shareholders will benefit because if the price goes up they can sell their shares at a profit.”

But at some point, ten or fifty or a hundred transactions down the road the connection between the hundredth buyer and the original public-offering buyer has disappeared.

The sale price of the trades today, two, three, five years after the company’s public offering, is far too remote to have had any effect on the price the company received way back when.

In addition to the market gamblers the other group that will benefit from an increase in the price of a public company’s stock is company executives who’ve received stock options.

Essentially, the company grants CEO John Smith an option to buy a million shares at today’s price of $50/share, exercisable in nine months. If nine months from now the stock is trading at $55/share Mr. Smith borrows $50M from Big Bank and exercises the option. One minute after getting the stock Mr. Smith sells the stock for $55M, pays back the bank’s one-day $50M loan, and puts $5M into his pocket.

The company gets the $50M, the same amount it would have received had the profits not gone up at all. Mr. Smith puts five million dollars into his pocket, and the rest of the shareholders see their holdings diluted by the issuance of an additional million shares.

The principal results from the additional profits were:

Yes, the increase in profits could have been used to pay dividends, but most profits are not distributed to shareholders.

Dividends for S&P 500 companies vary year-to-year and industry-to-industry but are generally in the range of 30% to 35% of profits. So, if profits went up $100M this year over last year, that increase would likely only result in about $33M actually being distributed to the shareholders.

The truth is that a great deal of corporate profits are just put in the bank. It’s estimated that U.S. corporations have moved approximately two and one-half TRILLION dollars into overseas bank accounts in order to avoid paying U.S. corporate taxes.

What’s the net good that’s been achieved from the increase in profits by publicly-held U.S. corporations?

When Carrier decided to cut two thousand U.S. jobs and move production to Mexico the justification was that it would increase corporate profits.

In fact, every time any company decides to cut good-paying U.S. jobs and move production abroad the justification is always that it will increase profits.

When Frontier airlines fired all its baggage handlers its excuse was that it could make higher profits by outsourcing the jobs.

When a company lobbies against safety regulations or pollution controls the justification is always that stopping the regulations will protect profits.

When the airline industry or the trucking industry lobby against rules limiting the amount of hours a pilot or driver can work without being allowed to sleep the argument is always that stopping the new rules will increase profits.

When the mine owners fought the child labor laws the argument was that eliminating child labor would decrease profits.

Everything that costs a company any money will, of course, decrease profits.

More For The Company = Less For Everyone Else

Almost anything and everything that makes life better for employees, vendors, customers and the public decreases profits.

Conversely, almost everything that makes life worse for employees, vendors, customers and the public increases profits.

Executives talk about higher profits as always being inherently a good thing without the slightest consideration of the negative effects they have on employees, vendors, customers and the public.

Executives begin and end with the assumption that none of those groups matter.

Why Claiming That More Profits Are Good Is A Big Lie

The notion that higher profits are always inherently a good thing, that anything that reduces profits is always a bad thing, is a Big Lie because it ignores the questions of who the additional profits are good for, and who they’re bad for.

It’s a Big Lie because it’s founded on the premise that the only people who count in the “More Profits Are Good” equation are the executives and the Wall Street gamblers who benefit from them, and that the damage that “More Profits At Any Cost” does to the employees, the vendors, the customers and the public is totally irrelevant.

“We want to make our operations more efficient so that we can pay our employees more money.”

“We want to make our operations more efficient so that we can lower prices.”

“We want to make our operations more efficient so that we can afford to keep our company in the U.S. and continue to pay good, middle-class wages.”

“We want to make our operations more efficient so that we can improve the quality of our products without raising the price.”

No, what they say is:

“We want to make our operations more efficient so that we can make more money, period, just to have it, just to put it in the bank, just to raise the price of our stock so that everybody who’s betting on that stock to make a quick buck can get a lot richer.”

The Benefits From Lower Profits

There are important good things that come from not increasing profits:

It’s easy to understand the value of better, safer, less polluting, lower-priced products made by employees who are paid enough to have a decent middle-class life.

That’s the foundation that capitalism is built on: more and better products at lower prices.

The Heart Of The Problem — More For The Sake Of More

Here’s the main element of the “More profits are always good” Big Lie — The idea that more just for the sake of having more is good.

There is no justification for hurting your employees, your customers, your vendors or your society only so that you can go from having $100M in the bank to having $110M in the bank.

More stuff just for the sake of having more stuff is not a good thing. It’s a bad thing.

The Questions Not Being Asked

“How dare you question the concept of More? We have a fiduciary obligation to our shareholders to always, ALWAYS, get MORE.”

In Corporate America’s Mind There Is No “Enough”

If you ask those executives how much more is enough, they will tell you that there is no ENOUGH. Ever.

No matter how much money Carrier makes, it’s never going to be enough. In their minds there is no limit to more.

That idea, that there is never enough, that more for the sake of more is all that counts, is the foundation for the Big Lie that more profits are always a good thing.

You see, in the world of today’s corporate executives more for the sake of more is a First Principle.

A living wage? Sacrificed on the altar of More.

Less polluting manufacturing? Sacrificed on the altar of More.

Better, safer, lower-priced products? Sacrificed on the altar of More.

The Emperor Has No Clothes

The next time some company justifies increasing its fees, opposing raising the minimum wage, fighting safety regulations or pollution controls, or firing its U.S. employees because doing so will increase their profits, I would ask you to consider the proposition that more for the sake of more isn’t a good reason for anything.